Birgitta Flick is a saxophonist and composer and lives in Stockholm and Berlin. Right now she is master student in composition at KMH, earlier she studied saxophone and Jazz at the Jazz-Institut Berlin (UdK) and also at KMH, Stockholm. Current projects include  her Berlin-based quartet, a duo with New York based pianist Carol Liebowitz and the  German-Swedish-Finnish band  Flickstick, with whom she won  the 2012 Jazz Baltica Förderpreis.

In 2011-12 her research and composition project on traditional Swedish music was sponsored by the Elsa Neumann Scholarship of the Country of Berlin. The resulting suite for the Swedish singer Lina Nyberg, Silke Eberhard (bass clarinet), Nico Lohmann (alto saxophone, flute) and the Birgitta Flick Quartet was released in April 2016 by Double Moon Records. The quartet’s debut CD, “Yingying” was released in 2013 by Jazz thing Next Generation. Further CD productions include those with Flickstick („Flickstick“ 2018 and „Hymn“ 2014) and the Nico Lohmann quintet (“Merging Circles” in 2016 and “Miraculum” in 2013), amongst others.

Her concert tours have taken her to Sweden, the USA, Bahrain and the Middle East, and in winter 2014- 15, to New York for a three month stay including private studies with Connie Crothers. Festival concert appearances include XJazz Berlin, Elbjazz in Hamburg, JazzBaltica, Jazzwoche Burghausen and Cairo Jazz Festival. Since 2013 Birgitta also contributes to the monthly Psalmton Jazz Pop Services at Kaiser-Wilhelm-Gedächtnis-Kirche in Berlin – both as a performer, composer and coordinator. Since 2015 she also serves as the musical coordinator of the summer concert series „In Spirit“ at the Kaiser-Wilhelm-Gedächtnis- Kirche.

In 2017 she received a scholarship of the City of Berlin to realize a new improvisation project together with Carol Liebowitz. After having spent a month in New York City in the fall of 2017 they recorded the music for their new album in the beginning of November 2017 at Octaven Studio. „Malita-Malika“ was released by Leo Records in August 2018.

In October 2018 Birgitta and her quartet from Berlin released their new album „Color Studies“ on Double Moon Records/Challenge, supported by the Initiative Musik gGmbH. 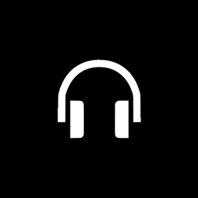